Macnil/Rassegne stampa/InfoSmartCity: Bari traffic in real time on your phone 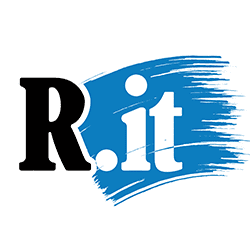 A jumble of colored lines that form a set of intersecting segments. That seems like a concentration intricate nervous system. And indeed it is: it’s a system and it is also quite nervous because it shows the traffic on the streets of Bari, an Italian City. But for preventing it from becoming a source of stress is really born an innovative system that provides real time information on the actual slide on track , using the same technology with which the display panels at the city gate indicates the level of congestion: today InfoSmartCity APP has made people’s day.

This is a free app that reports the data on the viability obtained from a particular GPS system that was installed on the fleet of public buses (AMTAB trasportation for Bari) and on some cars of private citizens who care of Bari smart city. The information are sent to an Operational Center, which with an algorithm that calculates the road. Depending on the slip roads on a map are colored in the order of black (blocked traffic), red, yellow or green (fast distance) and in the list the names of the streets show instances. But this is only one of the possible outcomes of a particular project on intelligent measure of mobility data, financed by EU funds for Apulia. The name of the Living Lab of the Apulia Region it is SEMINA, which is an acronym for Systems Evolved Mobility Intelligent Network urban Agile, and meets the leader Macnil – Zucchetti Group. Macnil company is specialized in technologies for M2M and the Internet Of Things, Remote Sensing skills form Planetek company, Sitael company: skilled in aerospace (part of MerMec group) and the Polytechnic University of Bari. Other Partners are obviously the City and Amtab (Transportation for Bari) of which are given bus routes and arrival times, thanks to open data provided by a municipal transportation. “We have seen that the information boards measurements worked – says Mrs. Mariarita Costanza, Head of Macnil Tech Dept., just after finishing her speech at the 51st Edition at Smau Milan – we have decided to give traffic news in advanced before of seeing drivers stucking in the city’s traffic. Besides, challenges of development are manifold”.